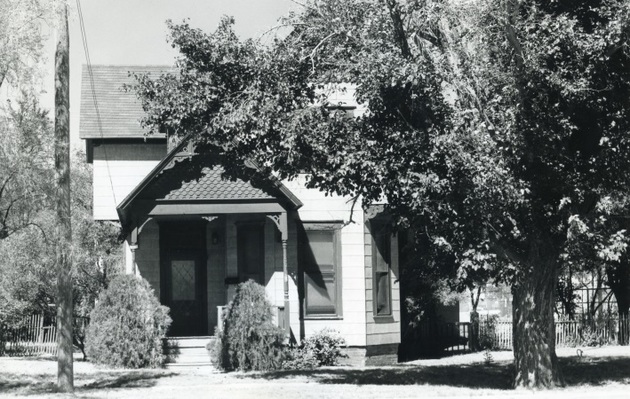 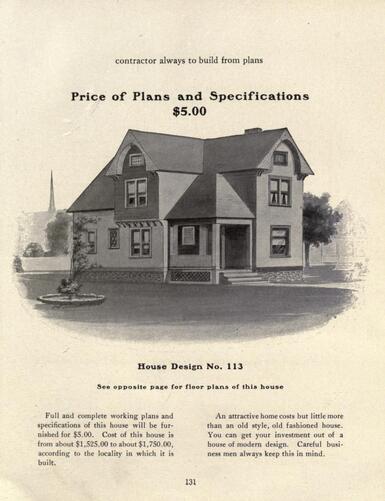 Radford Design Number 113 from Radford American Homes: 100 House Plans (1903) is very close to the floor plan of the Brown-Dorsey Home
Zachary Taylor Brown, or Z. T. as he was known, was born in Illinois in 1850. His father was a Baptist minister and wealthy landowner. In 1870, Z. T. first met Sara Mulholland, the daughter of Irish and English immigrants, who came to work as a maid in the Brown household. Z. T. obtained his law license and a degree in civil engineering in 1874. In 1876, Z. T. and Sarah were married.

Brown set up a law practice in Springfield, Illinois but,  after trying only one case, he gave up practicing law. Z. T. and Sarah followed his parents to East Texas.

In 1882, Brown came to Midland, where he purchased land seven miles southwest of Midland. He brought a thousand sheep from East Texas and  Z. T, becoming the second sheep man in Midland County and the first to fence his land. His family, now including four children, joined him in 1884 and they lived in a "lean-to" on the ranch. They suffered through hard times--drought and blizzard--but persevered.

In 1890, Brown sold his sheep and entered into the mercantile business in Midland. He had purchased the lot on Weatherford Street in 1886 and the family, increased by two more children, moved into a four-bedroom "shotgun" house. In 1894, Brown sold his mercantile interested and returned to ranching, this time with cattle on the Railway Ranch, 35 miles southwest of Midland in Upton County.

IN 1899, architect plans for the house were ordered from a Radford Homes catalog for $5. Estimated cost for building the house was $1500 to $1800. The construction materials for the home were shipped by rail to Midland and assembled by T. B. Wadley, owner of a local lumberyard.

The large Brown family moved into their new home in January 1900 and the Brown children all grew up in this house.